Along with various problems regarding health, diabetes has turned out to be a very common concern in the modern era. This has led to a big market of diabetic footwear, for diabetics who want to proactively make life as comfortable on themselves as they possibly can, despite suffering from diabetes. The growing trend of an unhealthy lifestyle and eating patterns has promoted the causes of diabetes. The ailment has affected a huge section of society, forcing them to have insulin shots and other forms of medications. “High blood sugar” is the first thought that arises in our mind when you hear ‘diabetes’.

However, other than low insulin, pancreas malfunction, visual disturbances, and excessive urination, major concerns are dry and cracked skin, foot injuries, ulcers, amputations, and damaged nerve endings. Due to increased glucose in the bloodstream and neurological difficulties, the healing process in diabetic patients becomes slow, providing ways for various foot and skin-related infections to attack your tissues easily. In addition, the rate of amputations for people having diabetes is higher than non-diabetic people. Therefore, proper foot care for diabetic people is crucial, and cannot be ignored. 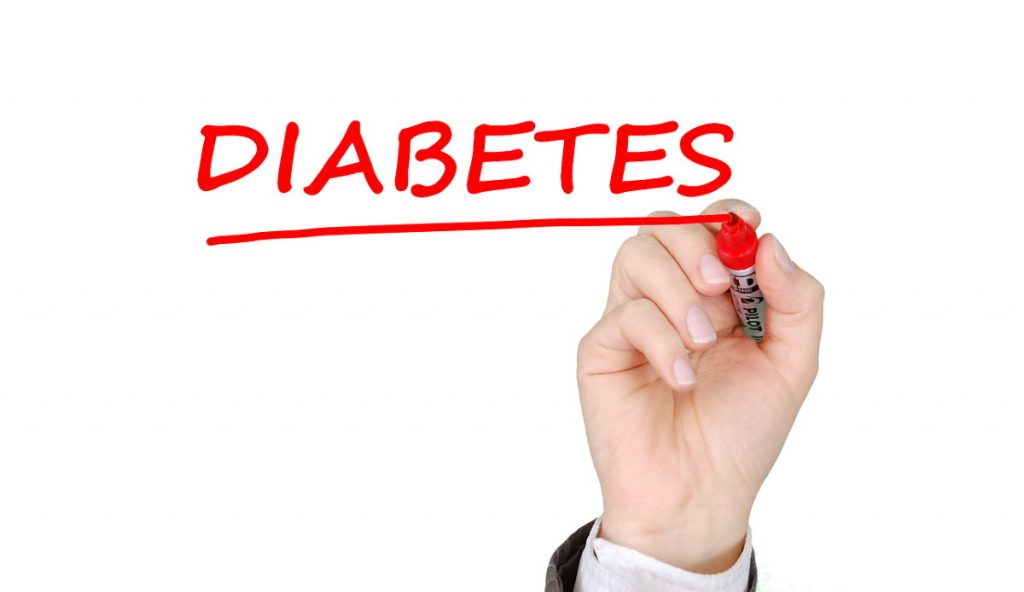 Other than the intake of medicines, a variety of medications have been developed for reducing foot problems and ensuring proper foot care for diabetic patients. Diabetic footwear is one of those medications that are observed to prevent diabetic amputations. Diabetic footwears offer a variety of features that helps to protect and keep the foots soft and safe, and that is why they are highly in demand. Also, it is beneficial for non-diabetic people as well, which has made it extremely trending. According to a report published by Allied Market Research, the global diabetic footwear market, would garner $9.90 billion at a CAGR of 8.7% by 2025. Factors such as surge in the prevalence of diabetes, rise in the aging population, and high spending for diabetic treatments, have boosted the demands for new ways of foot care medications.

What Is Diabetic Footwear & How Can It Help?

Diabetic footwear is especially designed with features to alleviate the less than ideal foot conditions of diabetics, including the risk of skin breakdown and amputations. The footwear is mostly prescribed by orthotist, podiatrist, and therapeutic shoe fitter for people with pre-existing foot disease and diabetic neuropathy. The diabetic footwears along with the custom-molded inserts help the diabetics to prevent foot injuries and improve mobility and relief.

This type of footwear consists of protective and soft material with proper stitching, that doesn’t irritate. It has non-binding uppers that ensure minimal pressure on the foot as compared to another footwear. On the other hand, diabetic footwear is also known as ‘extra depth’ footwear, because of its extra depth design that accommodates thick orthotic inserts. A special toe space as a deep toe box is designed for toe movements for releasing extra pressure on the toes. The footwears are light weight and soles are well cushioned to ease mobility and provide comfort. The stretchable uppers are designed for conditions caused due to neuropathy and help to eradicate pressure points. Additionally, a finishing comfortable touch with special orthotic insoles, that supports the arch and reduces pressure at the bottom side of the foot. Furthermore, this type of footwear is available in various styles for both men and women, and for various foot deformities, such as swollen feet or diabetic neuropathy.

Besides the design and comfort, diabetic footwear offers several benefits for both diabetics as well as non-diabetics. It enhances your comfort level and relieves your pain. Regular use of diabetic footwear offers better motion control. On the other hand, it promotes circulation throughout the body and prevents skin breakdown and formation of calluses. Furthermore, it helps in reducing foot problems in areas with high pressure, and most importantly diabetic shoes are always covered with Medicare (under the Medicare therapeutic shoe bill enacted in 1993). 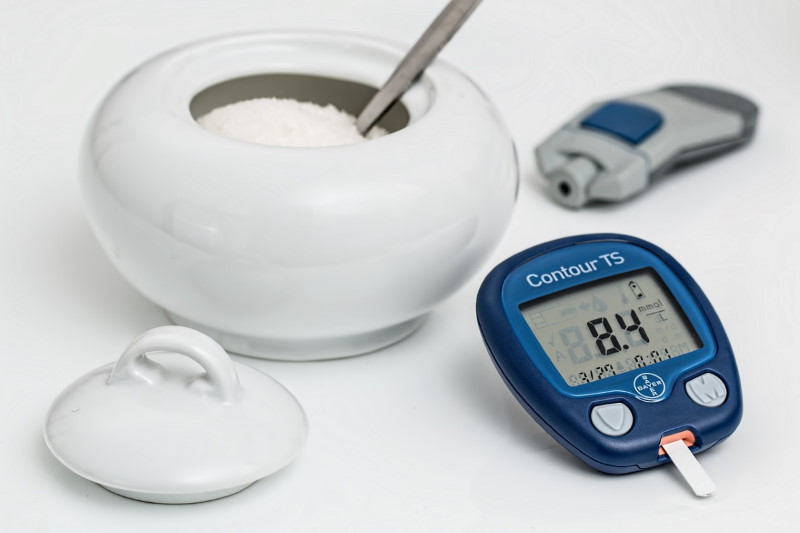 No matter what, technology always plays a crucial role in providing ease. Mostly, diabetics lack sensitivity in their hands and feet, causing high foot pressure during walking, sitting, or standing, which increases the risk of occurring skin damage or ulcer. However, certain therapeutic companies and researchers have designed technology that can prevent even the chances of ulcer formations. Following are some of the innovative attempts and inventions for diabetic footwears:

Insoles accompanied by sensors have been experimented earlier by a team of Stevens Institute of Technology, New Jersey. A pair of insoles that can be worn inside regular pair of footwears and uses a system of graphene-based sensors. These Sensors are able to calculate the changes in pressure and skin temperature at certain points. The Bluetooth fortified insoles share a connection with the iOS/Android app via smartphones functioned by the user. The app provides alerts regarding ulcer formation and other skin related activities to the users via smartphones. Also, the app advises the users to take proper action, or change the gesture for preventions. The app can be set to send alerts to your doctors and other family members as well. Moreover, the insoles are driven by non-rechargeable batteries that can last up to four months.

Earlier, a team from the Hebrew University of Jerusalem and its affiliated Hadassah Medical Center were on a project to develop pressure-monitoring electronic socks for feet monitoring, known as SenseGo. The socks contain multiple micro-fabricated pressure sensors attached to the microprocessor. If the sensors detect unnecessary or extreme pressure in foot areas, the user will receive an alert via smartphones. The alert will present the affected area of the foot, informing the user to change their position or status accordingly. The socks aim to prevent the chances of ulcer formations. 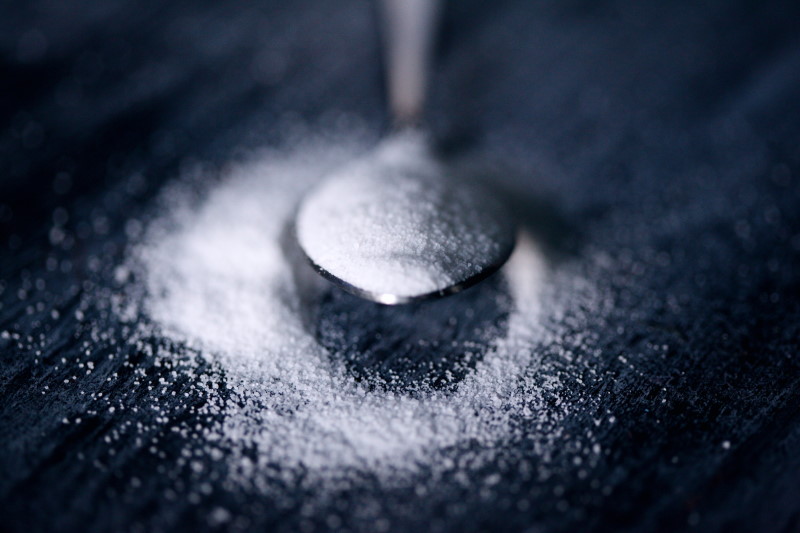 We all want healthy and comfortable feet, regardless of whether we have diabetes or not. The ease and support provided by diabetic shoes have attracted various non-diabetics as well. Everyone suffers from foot problems some or the other time. Diabetic shoes prioritize care and comfort and avoidance of blisters, ulcers, heel pain, ball of foot pain, overpronation and other foot issues. Diabetic footwear is designed with a delicate and smooth material and provides an extra padded collar, which is not followed by regular shoes. Moreover, you can select diabetic shoes based on the following features:

Having blisters or a painful arch can really ruin your day. However, for diabetics, poor footwear can create serious and painful problems. The inventions of diabetic footwear and socks have come to the aid of diabetics, athletes, and people with severe foot deformities. The supportive design of diabetic footwear, has provided relief and prevented really painful foot aches and ulcers in diabetic people. Furthermore, the involvement of technology for designing smart footwear such as smart shoes, insoles, and smart socks has been a great initiative to look after the excessive pressure on the bottom side of the foot. Good insoles and smart shoes can be helpful for those patients who have less sensitivity in their feet. Smart socks and shoes, with connectivity via smartphones, can really help the user to be precautious with his condition. In the future, there will likely be more smart footwear with connectivity, to provide ease and secure and assist people with diabetic feet. Despite the marvel that is modern day technology, it would still be better to prevent diabetes altogether. Even if it’s just to be nice to your poor feet!