The Pacific Crest Trail covers a distance of 4,265 kilometres from Mexico to Canada. It passes through California, Washington, and Oregon. It unfolds the glaciated expanse of the Sierra Nevada, the beauty of the desert, and travels through deep forests providing a commanding vista of volcanic peaks in the stunning Cascade Range. The trail has everything that you would love to see.

Untold thousands of equestrians and hikers enjoy this treasure from different parts of the world. Some just cover a few miles, while others go the entire trial each and every season. It is a trail full of adventure and much to see.

It provides the perfect outdoor playground for experts and beginners alike. Whether you are mountaineering in the North Cascades or picnicking at a trail head, you will have fun, whichever spot you may choose. As you travel through the trail, your top priority should be safety. The trail is welcoming and beautiful, however, it also gets challenging. 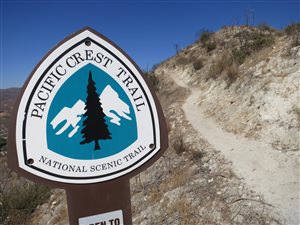 This trail starts on a low hill at elevation 2,915 near Campo. Campo is a small town located at the Mexican border. It then takes you through Lake Morena County Park, tunnels under Interstate 8, ascends through chaparral, then to scrub oak and pines and finally leads you to the Laguna mountains.

From there it passes through Anza-Borrego Desert State Park, winding through the San Felipe hills to the smaller mountains of Cleveland National Forest. It then crosses highway 74 at an elevation of 4,900 feet. It then climbs to the San Jacinto Mountains and achieves its highest level 9,030 feet.

It then crosses interstate 10, where it plunges to its lowest point in this section at elevation 1,190 at San Gorgonio Pass. It then climbs steeply to the San Gabriel and San Bernadino ranges under a forest shade. It passes near Lake Arrowhead and Big Bear Lake and then passes interstate 15 close to Silverwood Lake State Recreation Area at Cajon Pass.

This section finally ends at Walker Pass where the trail crosses Highway 178. The mountains in this section have faults. Animals likely to be encountered in this area include rodents, snakes, lizards, coyotes, and cougars. Some of the flora to be found includes oak, desert scrub, and forest mostly in the higher elevations. There is water scarcity in this section especially during summer. 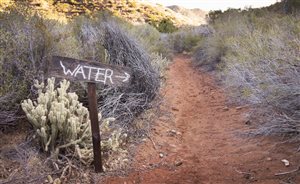 This section starts at Walker Pass and then enters a scenic and roadless area. It then moves through the Chimney Park wilderness and touches the Kern River near Kennedy Meadows. The trail alternates between conifer forests and expansive meadows before ascending to the Cotton Wood pass at 3,300 feet.

The northern side is covered by the glaciated and majestic High Sierra. The glaciers from this mountain form shallow basins. These basins are full of water forming several tarns and lakes. Inside the Sequoia National Park, you will find the John Muir Trail that descends from Mount Whitney that is just nearby. The two trails come together and even share a common path.

As you move along this stretch, the route descends deep canyons repeatedly and later ascends to high saddles. It also crosses eight major passes. The first is the Forester Pass that is the highest point on this section at an elevation of 13,153. There are several volcanic rocks forming north of Yosemite. This section ends at Granite Chief Wilderness

Some animals that you are going to encounter in this section include coyotes, deer, marmot, and black bear. Others include Mountain Chickadee, Steller’s jay, red-tailed hawks, junco, and Clark’s nutcracker. You are also going to encounter plant varieties such as snow plant, corn lily, ponderosa pine, red fir, mountain hemlock, and white bark pines. 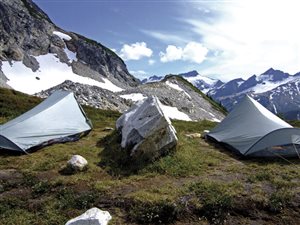 At an elevation of 7,989 is the Donner Summit. North of this summit is characterised by sediments and volcanic flows burying most of the ancient bedrock. Along this section, you are going to come across the Sierra Nevada Crest and the Feather River.

The Pacific Crest Trail then passes through the Lassen Volcanic National Park. It later turns west to the greener lands and ascends to cross the Sacramento River. It ascends to the crest of Siskiyou Mountains and proceeds east to enter Oregon at interstate five, which is near the end of this section. 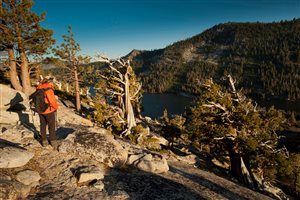 From Siskiyou Mountains summit all the way to the Washington border, this is the easiest and shortest part to hike. The highest point in Oregon is at the north of Mount Thielsen at an elevation of 7,560. Other volcanic mountains in the area include Mount Mazama, Mount McLaughlin, the Three Sisters, Diamond Peak, Three Fingered Jack, Mount Hood and Mount Jefferson.

Similar to the prominent volcanoes in the area, tourists are also attracted to the numerous lakes in this section. The trail passes through the Crater National Park, with the addition of a side trail for a spectacular view of this great lake. There are fewer lakes in northern Oregon mainly due to the changing elevation.

The main attraction of this section is Mount Hood. This is the most active and largest volcano in Oregon. There is heavy precipitation experienced in this area leading to dense and heavy forests, Douglas, silver and noble fir. Other vegetation includes Oregon grape, pasque flower, and pine drops. Animals include squirrels, mice, beaver, and elk among a variety of birds. 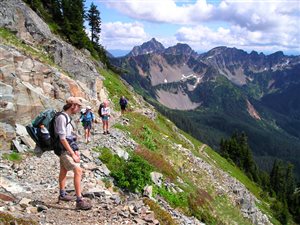 Starting at the Bridge of the Gods, this section runs all the way to the Canadian border. Seven miles were later added beyond the Canadian border by the government in order to create access for highway 3 in Manning Provincial Park.

This section has several ridges and passes. Among them is Lakeview ridge that is the highest and close to the Canadian border. You will encounter several challenges along the North Cascades.

The trail ascends steeply to a high mountain pass then descends deeply into another canyon. This cycle is repeated for several miles along the way. It is a very rugged route and the wettest along this section. The track is covered by storms most of the year.

The Pacific Crest Trail provides a host of adventure and fun for travellers and hikers alike. The track is unique with different forms of flora and fauna along the way. It is provides fascinating scenery all the way. Word of caution: bring good boots! (ladies, click here)