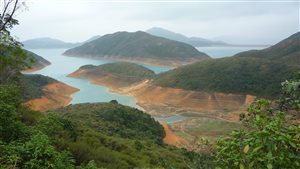 The MacLehose Trail is a nature trail covering 100 km, running from east to west of the New Territories in Hong Kong. It was opened in 1979 by the then governor of Hong Kong Murray MacLehose after a nine-month construction period by British forces in Hong Kong.

The trail traverses hills and seas, displaying some of the most beautiful landscapes of Hong Kong. This includes mountains such as Tai Mo Sha, beaches like Sai Kung and plenty of reservoirs along the way for storing surface run off from the hills to the valleys. You will also encounter relics such as the fortified sections that were used as lines of defense during WWII. The trail is divided into ten stages with each stage offering you a unique experience. 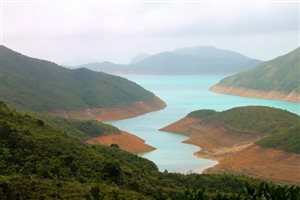 This is the first stage of the trail. It runs along the High Island Reservoir that was built in 1978. The west dam and the east dam are wide enough to allow cars to pass through. A large section of this stage is along the service road. There are few dirt roads beyond Long Ke beach that give a very nice view of the coastline. Due to public transport concerns, Stage I is best combined with Stage 2.

As noted, Transportation is very tricky for Stage 1, since there are no public transportation means vying close to the trailhead. However, this part is very rewarding with panoramic views of High Island Reservoir, Tai Long Wan, and Long Ke Wan. It provides with changing landscape from the coastline to the hills. Phone signal along this section is patchy, therefore, you need to identify where the signal is strong. 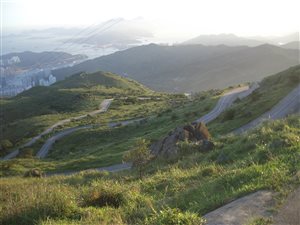 This is the third stage mostly characterized by a hilly landscape. Since it is the most hilly section, it provides you with an extravagant scenery of peaks and hills. Secondly, there is frequent ascending and descending along the trail. start at Shui Long Wo which is easily accessible through public transportation means. This starting point also provides a great barbeque and picnic place, in addition to toilet facilities and vending machines.

Your journey begins with numerous stone steps until you hit the first peak at Kai Kung Shan, which is at 399 m. from this vantage point you will be able to see the trails and the hills ahead of you. It also provides a nice viewpoint for the Three Fathoms Cove coast.

After that section, you will ascend and descend severally. It is considered one of the most pleasurable one, mostly because of the cool weather. Cheung Sheung Village is situated along this section. This village is a great site for camping, with official camping and toilet facilities. 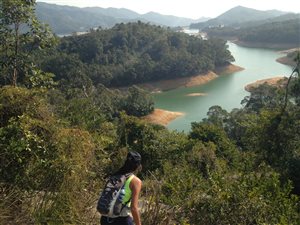 This is also known as Stage 5. It is located inside Lion Rock Country Park and one of best in terms of hiking experience. Start your journey at Kowloon Reservoir that can be easily accessed by bus Number 72, travelling from Cheung Sha Wan Terminus. The first few sections of this trail coincide with Eagle Nest Nature Trail. There are plenty of signs explaining the different varieties of vegetation such as Shiuying Bamboo that is locally famous. A few stone steps will lead you to Beacon Hill.

From Beacon Hill, the trail ahead is composed of war relics that have been preserved. They include things like pillboxes, trenches, tunnels, and marker stones that had been established for the war. Apart from the rich history, you will also view the Kowloon peninsula. When caught on a sunny day with good weather and a clear sky, Kowloon is just amazing. 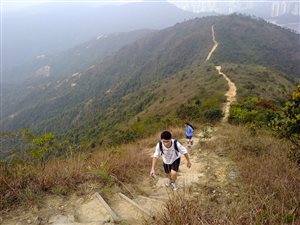 This is the shortest stage along the entire trail. it stretches for around 5 km and is the most accessible in terms of public transport. However, it is a trail packed with wildlife observation, war history, and sceneries. Start your hike at Pineapple Dam that can be reached through bus number 82. A short hike along the service road leads you to the entrance of stage six.

You will encounter some remaining elements of Shing Mun Redoubt. It is a series of observation posts, pillboxes, and tunnels that had been built to defend Kowloon. There are good spots along the way, offering panoramic views of Kwai Chung. There are numerous macaques along this trail. If you are a day hiker, then you can pack really light for this section. A couple of lightweight walking shoes will suffice. It takes only two hours to complete, hiking slowly. There are several pleasant sceneries and much more to enjoy.

This is stage 8 along MacLehose Trail, starting at Twist Management Centre. Bus number 51 will conveniently take you there within twenty minutes. The first few kilometers is all about ascending along the paved stone stairs. Remember to hydrate yourself and take short breaks along the way. this allows you soak in the surrounding nature and recover some energy, for the journey ahead.

This stage gives you Tai Mo Shan, which is the highest point in Hong Kong. You will also enjoy a hike along the ridge. The start and ends are somehow rough due to the endless series of stairs. Carry some stick gloves for hiking this section, instead of sticks.

This is the last section of this trail and the longest. It is around 15 km but one of the easiest. Start from Tuen Mun and hike towards Tin Fu Tsia. Many sections of this trail are concrete roads that are flat and easy to hike along. The first six kilometers are too close the urban areas. Things start getting interesting from the seventh kilometer. Features along this trail include Tai Lam Chung Reservoir and Sweet Gum Tree. Since there is no means of public transport at the end of the trail, proceed to stage 9 and catch a bus back to the city.

Although the trail is set deep in the country parks, it is easily accessible through public transportation. A weekend casual hike along this trail is one of the best getaway experiences, from the pollution and chaos in the city. Each stage has designated camping locations that suits individual needs. Whether you are looking for long distance hike spanning several days or just a casual weekend getaway, this trail has a lot to offer to nature lovers.