10 Important Life Lessons You Can Learn From Hiking

I’ve done countless hikes in my time. I’ve been all over the United States, both on the west coast and the east coast. I’ve been been in the bible belt. I’ve been in Sweden and I’ve been in the Himalayas. And I haven’t even gotten started yet. I’ve been on hot trails, cold trails, easy trails, hard trails, messy trails, clean trails, rocky trails, elevation trails and more. And I’ve loved every single one of them. However different all my past hiking trails may have been, they’ve all helped me build a list of top notch life lessons that I’m glad to have learned the hard way… namely by strapping on my boots. 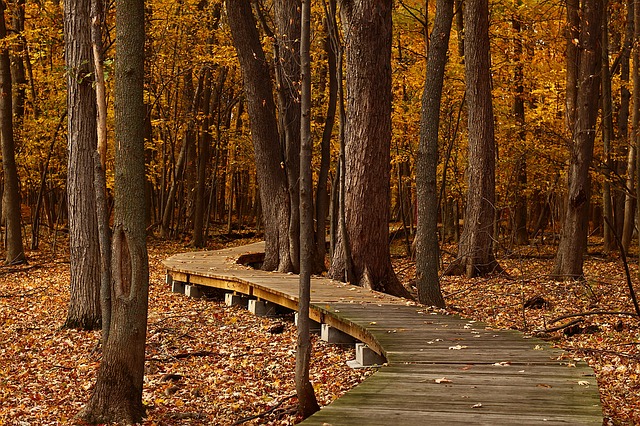 1. It’s Not About The Goal, It’s About The Journey

In life, it’s okay to set goals for yourself. Life’s a game, so you are even encouraged to set goals. However, don’t become obsessed with them to such an extent that they start running your life. You’re supposed to be running your goals, not the other way around. Being productive and striving for goals can make life fulfilling, but only if you’re willing to keep yourself in check. You gotta keep it real.

2. Fail To Prepare, And Others Will Find You Cumbersome

If you’re going hiking in a party, then make sure that you are well prepared. You don’t want to be that one guy or gal who is the slowest and thereby hinders the progress of the rest of the herd. So if you forget to pack enough water, then you’ll have to bother others for theirs. This endangers their lives. It’s the same in life. You never want to be the one person in any group, who is giving the worst performance.

By staying positive, you’re not going to give yourself superhuman magic powers. But at least you won’t be limiting yourself either. By staying positive, you remove the limits that you would have placed on yourself with a different mode of thinking. Being realistic is sometimes encouraged. Being a negative nancy, however, is always discouraged. It never helps to be negative. It will get you precisely nowhere. Except maybe in a long term depression.

4. Don’t Bite Off More Than You Can Chew

When you go hiking, you get to choose what kind of loadout you want to be carrying around in your backpack with you. It’s entirely up to you what you’re going to shove in there. It’s the same with life. It’s your life. You get to choose what you’ll bite off and have to chew. Set your goals realistically and and prepare well for them. Hiker, know thineself. And deep down inside, you do know yourself, don’t you? Pick goals and preparations carefully for yourself in your life.

5. Even A Thousand Mile Journey Starts With A Single Step

A hike can be reduced to a number of steps that will lead you from point A to B. I wouldn’t recommend it, as this is overly reductionist and drains this gorgeous activity of its soul. But for the sake of this thought experiment, let’s do it anyway. In life, it is exactly the same. No matter what goal you are setting for yourself, it’s going to take work. And everything worth having is going to take work. Big life goals can’t be accomplished in a single day. So do something everday. The power of your daily habits is greater than you can imagine.

6. Giving Up Halfway Through Is Not An Option

In a hike, you can’t simply give up halfway and expect to be okay. If you’re just gonna throw down your pack and throw yourself up against a tree and just sit there… then you’re gonna be sitting there until the wildlife comes to pick the rotting meat off your carcas. With life, it is exactly the same. What are you going to do if you give up? Just sit there? Do nothing for long enough and eventually you’ll be evicted from your home for not paying the bills. Then what? You’re only making things worse by quitting. So just never quit.

7. Don’t Always Listen To Your Own Thoughts

You’re only a human being. Everybody suffers from negative inner chatter from time to time. Take up meditation and you’ll learn not to always listen to the half-assed BS that your own brain is trying to serve you. Human beings often have opposing thoughts going through their mind within the small timespan of merely a minute. But you can consciously choose what to listen to, and what not to. So if you have a voice telling you you can’t do it, and you’ve got a voice telling you that you can… which one you gonna listen to?

8. Ditch Your Ego At The Door

Don’t ever think you’re the best or anything close to it. The best don’t think they’re the best. They managed to become the best precisely by not convincing themselves they were the best. Think you’re the best and your learning process will be stopped dead in its tracks. The best can’t learn anything anymore, because they’re already perfect as they are. Nobody ever achieves this illusory, exalted status, ofcourse. Because we’re only human. I recommend that you enjoy the experience without an inflated ego.

9. A Chain Is As Strong As Its Weakest Link

When you are hiking, you’re often doing it in a team. One person is always going to be the weakest link. However, that doesn’t mean that the weakest link has to be far weaker than the average strength of all links. In a team, it’s always great if no single link is much weaker than the other links in the chain. This also goes for teams outside of hiking, such as at your daily job. Make sure to pick your teams wisely.

If you’re looking to suffer, then you’d do well to take up hiking. It’s a fantastic experience that will feed your soul, but make no mistake… you’ll also suffer. And that’s a good thing, because you will find that it enriches you. If you’ve ever come across a person who seemed like a blank slate, then it’s probably because this person has had everything going for him/her all throughout life. The person hasn’t worked for any results and does not know how to value results. Don’t be such a person. I’m not trying to tell you to become a martyr, but come on… a human being is supposed to suffer a little bit in life every once in a while!