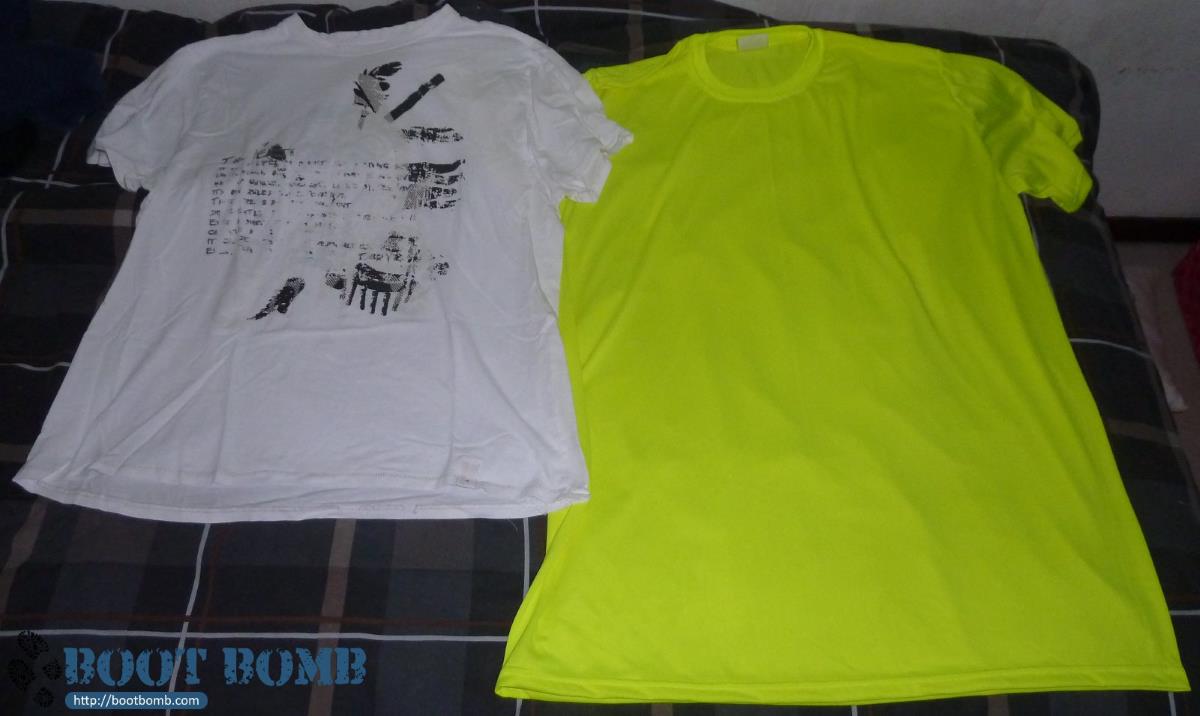 A long, long time ago, in a galaxy far away, I was a couch potato. Actually, that’s a lie. It was right here on this planet. Same galaxy. But the couch potato part is true! As a teen, I used to come home from school, toss my books in the corner and pig out on videogames while chugging down half a gallon of cola.

Gone are the days of sitting around the house doing nothing at all. Many, many years ago, when I turned 20, I decided to get active, because now was the time. And I’ve been a physically active person ever since. I started out by hitting the gym. Soon I took up hiking. I can’t be hiking 24/7, or I’d do it. So despite having such an awesome lifestyle, I still hit the gym frequently from time to time.

As much as I love being physically active, I must confess that sometimes I have a serious problem with overheating. It was about a month ago that I went to the gym with my regular, cotton T-shirt and my hoodie on. I always wear my hoodie this time of year (fall), because it’s pretty cold in the gym and I hate having to work out while I’m cold. So I start pushing the 70lbs dumbbells (yeah I know, but least I’m trying) and, as always, I overheat right after the first set of 8 reps. Yeah, I overheat fast. So now I have to take of my hoodie. Which means now I have to carry the thing around the gym as I go from one machine to the next.

Beating The Heat, While Acting Cool 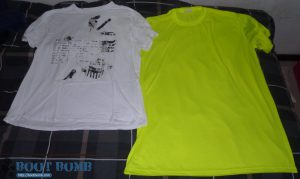 It’s kind of a pet peeve I’ve had for a long time. And as long as I can remember, I’ve wanted to find a solution to it. I decided to investigate.

The day after my overheated workout, I stumbled across ActiCool. ActiCool claims they have a new type of shirt that’ll actively keep you cool, thanks to the fantastic new material. I wasn’t sure what to believe, to be honest. But hey, what do I have to lose, right? So I contacted ActiCool to ask some questions. My questions were swiftly answered, and I decided I wanted a shirt. After emailing to and fro about the sizing, I decided to go with the XL. Next thing you know, Team ActiCool sends me one of their XL shirts and I received it two days later.

Straight out of the package, I instantly feel that this is not my grandfather’s cloth. I hold it in one hand and watch it drape down my fingers. Kinda feels like chain mail. Not in a bad way, though. It’s heavier than a regular shirt. But it doesn’t weigh a ton. You’ll notice the weight difference when holding it, but not when wearing it. The shirt is large. Much larger than my other shirts that are XL. Heck, I’ve got shirts in sizes M, L, XL and they are the equal size. Even when some of them are of the same brand. The ActiCool XL shirt outdoes them all in sheer size.

I ordered a size too big. It’s the longest shirt I’ve ever seen. It hangs almost down to my knees. I’m a solid, respectable 6’1″ (at the end of the day!). I’ve worn plenty of XL shirts with ease before. But the ActiCool hangs down to a fist length above my knees. I’m going to have to tuck this shirt in when I wear it to the gym!

As you have been able to deduce from the photo, the shirt runs big and not just a little. I have contacted Team ActiCool about it and they valued my feedback. Maybe they’ll adjust their shirt sizings, maybe they won’t. I highly recommend that, before ordering, you make use of their size charts, which they offer in both the imperial as well as the metric system.

I would’ve hosted those size chart images on here for Boot Bomb readers’ convenience. But the trouble is that they wouldn’t remain up to date. So for that reason, I am referring you to ActiCool’s official page.

ActiCool shirts’ cooling effect does not come from some sort of finish. The cooling properties come from the very fabric it’s made of. The material wicks away perspiration, which then evaporates. In regular shirts, your perspiration just kinda stays in place. 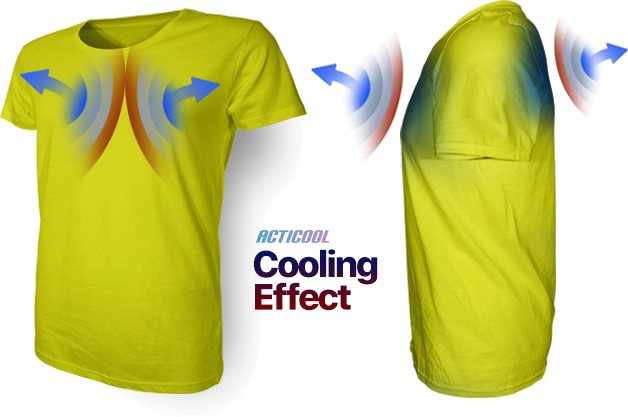 Without further ado, let’s just move onto the proof. I know you want it. 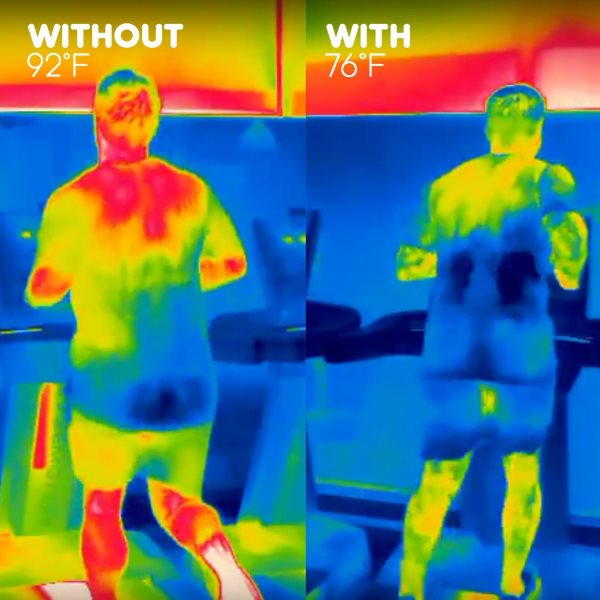 Why Should I Wear ActiCool?

Because of the features & benefits that it offers you.

And thankfully, ActiCool has both!

If anything, a physically active person needs to stay cool!

Do you know how much your performance suffers when you overheat?

No, seriously. Do you know?

NASA has researched it 50 years ago already and they reported their findings in CR-1205 (1).

The TL;DR version of their report is this:

And the TL;DR version of the above table is:

Above 80°F, your performance starts to suffer significantly.

At 95°F, you’re making a mistake per minute.

What Can I Use ActiCool For?

As far as I’m concerned, anybody who is physically active and cares about his or her performance in said physical activity, would benefit from wearing an ActiCool shirt.

And it doesn’t even have to be a regular crew-neck T-shirt.

You can also get them as a v-neck, with polos and even longsleeves coming in the future!

How Can I Stalk ActiCool Online?

They are fairly prolific on the web:

Keeping up with the latest developments should be a breeze.

So for my next workout, I wear the shirt, tuck it in, and wear my hoodie over it. And what do you think happens next?

Since hitting the gym, I’ve also worn the shirt while jogging outdoors and while doing a dayhike. The results are what you’d expect. I stayed cool. The shirt works. It keeps my head cool and my body on its toes.

At some point, you will have probably noticed how much your performance suffers when you are suffering from heat stress. You may not have noticed, but that’s only because your brain itself is the one that is losing the performance needed to acknowledge the performance loss in the first place! 😛

This shirt works and lets you perform at your optimal temperature for hours on end. It never stops working, because the working is inherent to the shirt’s yarn. The effectiveness never washes out!

Is it any wonder that ActiCool has already won an award from ISHN in the heat stress category? Not to me, it isn’t. It sure is a wonder that apparently nobody else has ever thought of designing a shirt like this.

The only conclusion I can draw from my experience, is that ActiCool apparel works incredibly well to keep a guy (or gal) cool while he’s physically exerting himself.

I’m taking a bunch more. In the right size this time!

Click Here To Become The Coolest Guy/Gal At Your Gym!