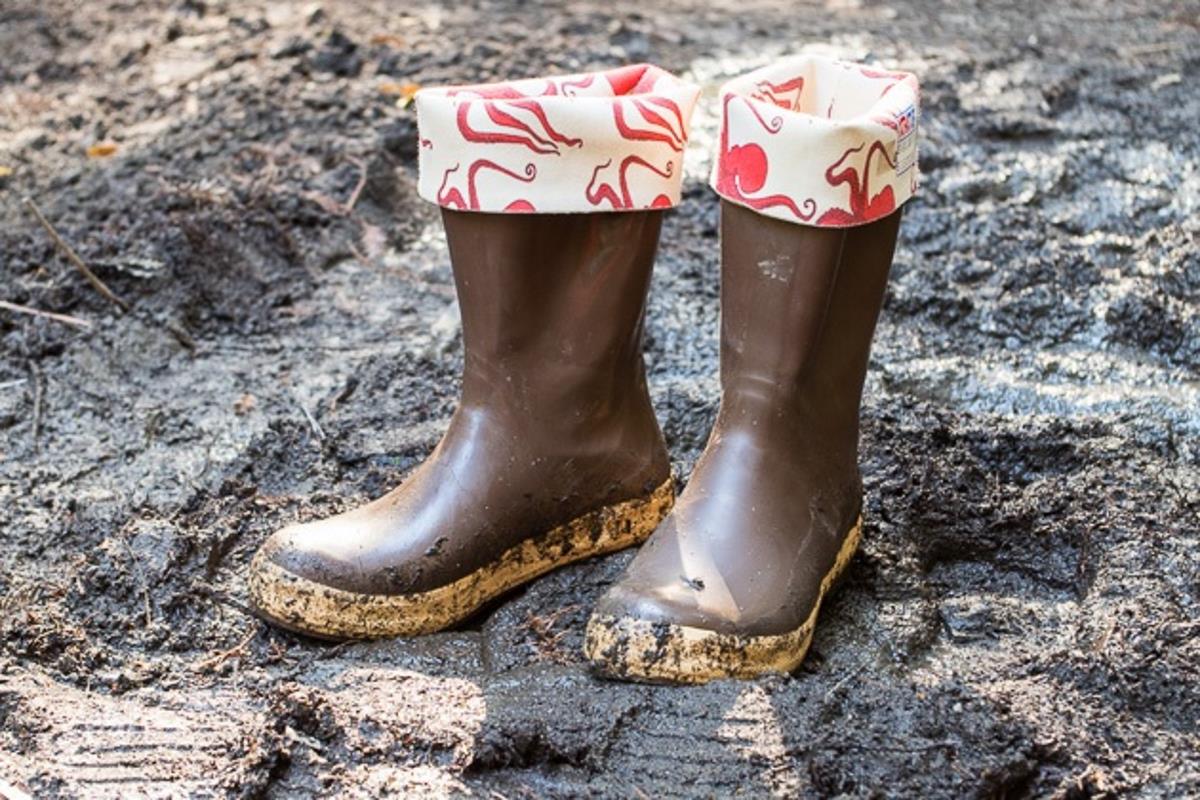 So far, we’re only reviewing a single boot on this page. But it’s a good one! It’s been available on Amazon for ages, which attests to its high quality. With these Tingleys, you can’t go wrong. So have a read! 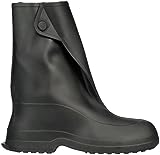 When you think about synthetic boots, odds are you are thinking about the archetypical rain boot. Most rain boots are long. However, there are also short cut ones. Take for example the Tingle 1400 Pull-On. It’s a very popular type of footwear. And once you’ve gotten used to it, you’ll never want to go without them anymore. They’re made completely of rubber, including the soles. It is an injection molded boot, which means it consists of very few loose parts. You can’t make a boot out of a single part, so you’re always going to have seams. But the seams on this boot are about as seamless as it’s ever gonna get. This does a great way of keeping the water out.

Footwear like this would not be deserving of the name rain boot if it weren’t 100% waterproof. But thanks to the injection molding, seamless build… it truly is. The rubber gives it a type of strength and flexibility you don’t see in any other kind of boot. It stretches easily. This makes it very resistant to tears. This, in turn, makes it resistant to premature wear and tear. It also makes it comfortable to put on and easy to take off. Walking in these boots is like floating on air. This rubber boot also does not stiffen in cold weather. The fact that it remains flexible at all times, makes this boot pretty much uncrackable.

These boots can be worn over your regular work boots. So let’s say you’re very happy with your current pair of boots that you use to perform all sorts of work in a very wet and dirty environment, then these Tingleys can be used to protect your work boots from getting all muddy. Your regular boots will last longer that way! Also… these Tingleys are pretty short, so that they don’t restrict your movement in any way. Two pairs of boots is already plenty to have on. You wouldn’t want to make walking impossible on yourself by wrapping those ankles too tight.

The great thing about these boots is that you can just kick them off rather than having to sit down and bend over. A few well timed kicks of the leg will usually get these right off your feet. Just be sure not to be kicking in the general direction of your wife’s curtains right after you’ve been trampling through the mud. I always like to kick’em off when I’m still outside. My girlfriend appreciates this effort on my part.

The outsoles are pretty deeply cleated. This causes any debris to be spit right out of there, rather than getting stuck. Don’ you just hate it when lots of tiny pebbles fill up your outsoles and eventually smoothen and flatten your whole outsole? I can’t stand it when that happens, because it makes me lose my grip. This can be dangerous when climbing ladders and such. It also sucks when a guy goes up a ladder with pebbles in his boot soles and you’re standing underneath holding the ladder. It tends to rain pebbles right in your face. A guy could lose an eye like that.

The heel, toe and sole sections of these Tingle Pull-Ons have extra material added to them so that they will last longer. Footwear wears out once the material of which it is made starts to get too thin. Ergo, when you add more material, it will take longer for it to wear out. These boots are already pretty low priced as it is. Taking into account the fact that they will last extremely long, makes Tingley’s synthetic ankle boots the best for the money.

Tingley has used less material in the upper part of the boot, to make them lighter weight. This reduces your leg fatigue and creates that feel of comfort. They’ll stick on your feet because they do go up a few inches, but you’ll never notice because the upper material is thin. This is okay, because upper material never sees much wear and tear to begin with. It’s a good thing that they’ve used less in this part, because it makes these boots more comfortable than they would have been if they had used more material. You don’t want rain boots with thick upper sections.

These boots tend to run a little bit small, just so you know. So in case you are thinking of buying them, you may want to order them a little larger than your usual size. One reviewer mentioned he had to order them not one, but two sizes larger in order to be able to wear them.

Click here to go back to the combat boot page or the home page.